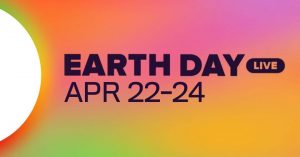 On April 22-24, the 50th anniversary of Earth Day, millions of people around the world are going online for a three-day live stream to stop the climate emergency.

RSVP to the livestream: EarthDayLive2020.org