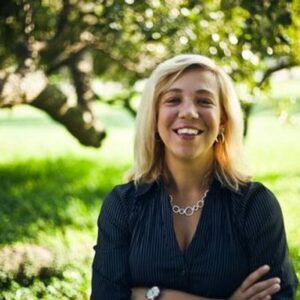 Can’t wait to see you (on Zoom) for our June meeting. We are happy to welcome Susannah Randolph is the Senior Campaign Representative in Florida for the Sierra Club’s Beyond Coal Campaign. She is a trained community organizer and former candidate for U.S. Congress.

Susannah has spent her life organizing communities to protect the environment, civil rights, women’s rights, and worker’s rights. Her campaign for congress focused on economic populism and helping expand and protect the American middle class by calling for policies such as paid sick leave, PAID family medical leave, a living wage, affordable and high quality child care, and of course, equal pay for women.

Susannah has worked for organizations such as the Public Interest Research Group’s, ACORN, and Clean Water Action. In 2011, Susannah was asked to run a state communications hub that would hold Florida lawmakers accountable for policies that threaten women, children, and middle class Floridians. Her campaign “Pink Slip Rick”, aimed at pushing back on Governor Rick Scott’s job-killing, anti-middle class policies was featured on The Rachel Maddow Show, Hardball, American Prospect and The Ed Show and earned five “Pollie” awards.

Susannah served as former Congressman Alan Grayson’s District Director from 2012 to 2015 where she helped serve 700,000 constituents receive help from federal agencies such as the Veterans Administration, Social Security Administration, and Health and Human Services.

Susannah ran for Florida’s Ninth Congressional District in 2016 with the support of EMILY’s List, the Congressional Progressive Caucus, Feminist Majority, the National Organization for Women (NOW), along with numerous labor unions and progressive and women’s organizations. Though she lost in the primary, Susannah continues to lend support and help to women and progressive candidates throughout the state.

Currently, Susannah serves as Sierra Club’s Senior Campaign Representative for the Beyond Coal Campaign in Florida. Susannah works with elected officials, local governments, utility companies, and state agencies to transition Florida away from fossil fuels and towards a clean energy future. She was awarded the Pugh Swanson Award for Environmental Activism at the 2019 Orange County Democratic Party’s Annual Grassroots Awards banquet.

She is also the wife of Orange County Tax Collector, Scott Randolph and mother to Hillary Eleanor Randolph, HER, who is an nine year old force of nature and already a member of the National Organization for Women (NOW).

All programs are held the 3rd Wednesday of the month. Programs are held from 7 – 9:00 pm. A brief discussion of environmental issues precedes the program along with information on upcoming outings and events.

Admission is always free, and everyone is invited — So come on down, and bring some friends! Join Sierra Club for as little as just $15 right now, as this money helps fund our meeting spaces, our outings, sponsor speakers, and much, much more. Everyone with Central Florida Sierra Club Group is an unpaid volunteer. We’re doing what we can to better the local community. It takes a village. And we thank you for being part of that village. Hope to see you at the meeting this, and every month.

EXPLORE, ENJOY, AND PROTECT THE PLANET.

← April Meeting – Fish and Wildlife Research Institute
August Monthly Meeting – A Visit to the Land of the Incas! →